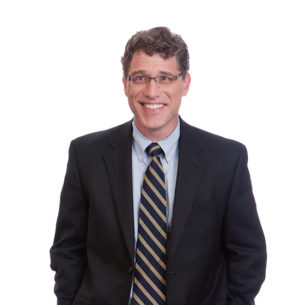 Mr. Garrett has litigated matters involving consumer protection statutes of numerous states, including several multidistrict cases, and has specific expertise regarding California’s consumer protection laws. In addition to consumer fraud class action, he has defended numerous putative class actions and other multi-claimant actions brought by businesses, including efforts by franchisees to assert claims on a multi-claimant basis. He has also counseled clients regarding the drafting and enforcement of arbitration agreements, class-action waivers, and other provisions that increase the likelihood of defeating class certification.

Mr. Garrett has extensive appellate litigation experience. In addition to briefing appeals to the United States Supreme Court and numerous state and federal appellate courts, he has argued a number of appeals and provided advice in connection with countless others. Mr. Garrett frequently has lectured on appellate briefing issues and recently was a member of the Eleventh Circuit Appellate Practice Institute panel on the topic of “Writing the Winning Brief.” His appellate brief-writing skills have been praised by professional appellate consultants.

Mr. Garrett also has participated in significant pro bono matters at both the trial and appellate level, including in recent proceedings before the United States Supreme Court and the Georgia Supreme Court. As a result of his continuing commitment to pro bono matters he received the firm’s Managing Partners’ Pro Bono Award in 2007 and 2011, the firm’s Justice Award in 2017, and the H. Sol Clark Award from the Georgia State Bar in 2018. He currently serves as the Chair of the Board of Directors for the Southern Center for Human Rights.

Mr. Garrett was recognized by The Best Lawyers in America® in 2021 and the four years immediately preceding for Appellate Law. In 2012, he was recognized by Legal 500 US in the area of Trade Secrets Litigation. Mr. Garrett has been recognized as one of Georgia Trend‘s 2012 “Legal Elite” for Appellate Law. He received a Lexology Client Choice Award USA & Canada 2013, as the exclusive winner in the litigation category for Georgia.