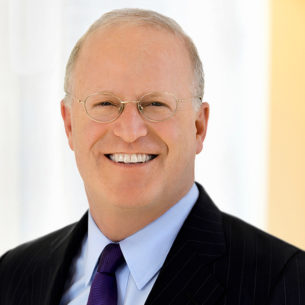 Cliff Sloan is a Distinguished Visitor from Practice at Georgetown University Law Center, where he teaches courses in Criminal Justice, Constitutional Law, and Death Penalty Litigation. He previously served as a partner with the law firm of Skadden, Arps, Slate, Meagher & Flom, specializing in litigation and appeals, including criminal law and constitutional issues. He has argued seven cases in the United States Supreme Court. His previous government experience includes service as Special Envoy for Guantanamo Closure; Associate Counsel to the President; Assistant to the Solicitor General; Associate Counsel, Office of Independent Counsel, Iran-Contra; and Law Clerk to Justice John Paul Stevens and Judge J. Skelly Wright. He also has served as Publisher of Slate Magazine and General Counsel of The Washington Post Company’s online subsidiary. He has been honored with the Frederick Douglass Human Rights Award from the Southern Center for Human Rights; the Light of Justice Award from the Texas Defender Service; and the Catalyst Award for Legal Advocate of the Year by The Arc. Mr. Sloan is the co-author of The Great Decision, a book about the historic Supreme Court case Marbury v. Madison.