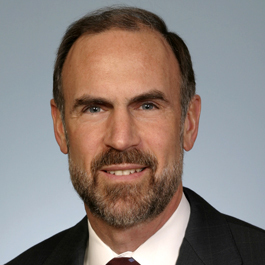 David W. DeBruin is a litigation counsel who has served as the managing partner of the Washington, D.C. office of Jenner & Block LLP, where he has practiced law for almost 30 years. Earlier in his career, David clerked for Judge Harry T. Edwards of the United States Court of Appeals for the D.C. Circuit and for Justice John Paul Stevens of the Supreme Court. David then served as a trial attorney at the Public Defender Service for the District of Columbia. He presently serves as the Chairman of the Board of PDS.

David maintains an active litigation practice at Jenner & Block, including substantial pro bono work. He was recognized by the District of Columbia Bar as its 2009 Pro Bono Lawyer of the Year, and he received the 2013 Frederick Douglass Equal Justice Award from the Southern Center in recognition of his leadership and commitment to pro bono capital defense on behalf of many facing the death penalty. David has been successful in several capital cases. He also previously served as a member of the Steering Committee of the ABA Death Penalty Representation Project.