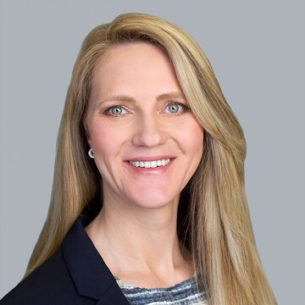 E. Michelle Drake is a Shareholder in the Firm’s Minneapolis office. With career settlements and verdicts valued at more than $150 million, Michelle has had great success at a young age and in a wide variety of cases.

Michelle focuses her practice primarily on consumer protection, improper credit reporting, and financial services class actions. Michelle is empathetic towards her clients and unyielding in her desire to win. Possessing a rare combination of an elite academic pedigree and real-world trial skills, Michelle has successfully gone toe-to-toe with some of the world’s most powerful companies.

Michelle helped achieve one of the largest class action settlements in a case involving improper mortgage servicing practices associated with force-placed insurance, resulting in a settlement valued at $110 million for a nationwide class of borrowers who were improperly force-placed with overpriced insurance. Michelle also served as liaison counsel and part of the Plaintiffs’ Steering Committee on behalf of consumers harmed in the Target data breach, a case she helped successfully resolve on behalf of over ninety million consumers whose data was affected by the breach. In 2015, Michelle resolved a federal class action on behalf of a group of adult entertainers in New York for $15 million. Most recently, Michelle has been successful in litigating numerous cases protecting consumers’ federal privacy rights under the Fair Credit Reporting Act, securing settlements valued at over $10 million on behalf of tens of thousands of consumers harmed by improper background checks and inaccurate credit reports in the last two years alone.

Michelle was admitted to the bar in 2001 and has since served as lead class counsel in over fifty class and collective actions alleging violations of the Fair Credit Reporting Act, the Fair Debt Collection Practices Act, the Fair Labor Standards Act, various states’ unfair and deceptive trade practices acts, breach of contract and numerous other pro-consumer and pro-employee causes of action.

Michelle serves on the Board of the National Association of Consumer Advocates, is a member of the Partner’s Council of the National Consumer Law Center, and is an At-Large Council Member for the Consumer Litigation Section for the Minnesota State Bar Association. She was named as a Super Lawyer in 2013-2019 and was named as a Rising Star prior to that. Michelle was also appointed to the Federal Practice Committee in 2010 by the United States District Court for the District of Minnesota. She has been quoted in the New York Times and the National Law Journal, and her cases were named as “Lawsuits of the Year” by Minnesota Law & Politics in both 2008 and 2009.

Michelle began her practice of law by defending high stakes criminal cases as a public defender in Atlanta. Michelle has never lost her desire to litigate on the side of the “little guy.”