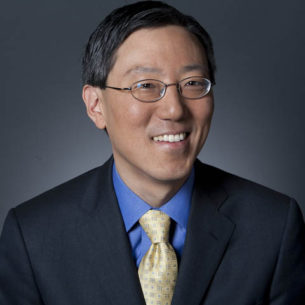 James Kwak has been a member of the board of directors of the Southern Center for Human Rights since 2013 and was the board chair from 2019 to 2022. He is a professor at the University of Connecticut School of Law and the author or co-author of three books: 13 Bankers: The Wall Street Takeover and the Next Financial Meltdown, White House Burning: The Founding Fathers, Our National Debt, and Why It Matters To You, and Economism: Bad Economics and the Rise of Inequality.

James’s articles have appeared in many publications, including Democracy, The American Prospect, Washington Monthly, Finance and Development, The New York Times, The Washington Post, and The Los Angeles Times, and on the web sites of The Wall Street Journal, The Atlantic, The Huffington Post, NPR, Foreign Policy, and The Financial Times.

He has an A.B. in social studies from Harvard, a Ph.D. in history from the University of California, Berkeley, and a J.D. from Yale Law School. Before going to law school, James worked as a management consultant at McKinsey and Company and co-founded Guidewire Software. He endowed the Noah Parden and Styles Hutchins Fellowship, which enables attorneys early in their careers to work at the Southern Center for multiple years.

He lives in Amherst, Massachusetts, with his wife and two children.