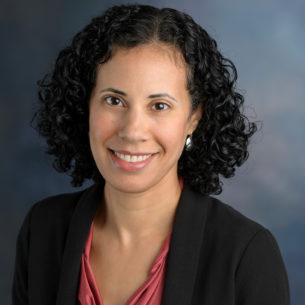 Lauren Sudeall is an associate professor and the founding faculty director of the Center for Access to Justice at the Georgia State University College of Law. Her research focuses on access to the courts, both civil and criminal, and how lower-income individuals engage with the legal system, either through counselor on their own. Her scholarship has appeared in the Columbia Law Review, California Law Review, UCLA Law Review, and Minnesota Law Review, among other publications.

Before joining the academy, Sudeall clerked for Justice John Paul Stevens on the Supreme Court of the United States and Judge Stephen Reinhardt on the U.S. Court of Appeals for the Ninth Circuit. She then worked at the Southern Center for Human Rights, where she represented indigent capital clients and litigated civil claims regarding the right to counsel. She serves on the Southern Center’s board of directors and on the Indigent Defense Committee of the State Bar of Georgia. In recent years, she has also served on the ABA Standing Committee on Legal Aid & Indigent Defendants and as chair of the AALS Section on Constitutional Law. Sudeall graduated magna cum laude from Harvard Law School, where she served as treasurer of the Harvard Law Review, and received her B.A. with distinction from Yale University.