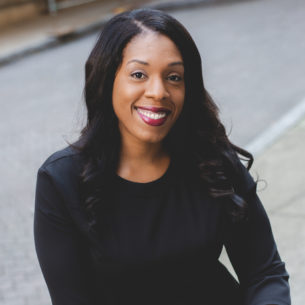 Marissa McCall Dodson joined SCHR in April of 2016 as the Public Policy Director. Marissa is responsible for developing and advocating for legislation that furthers SCHR’s mission, including reforming harsh sentence laws, enhancing alternatives to incarceration, abolishing the death penalty, strengthening the public defender system, and ending the criminalization of poverty.

Before joining SCHR, Marissa worked on the American Civil Liberties Union’s (ACLU) Campaign for Smart Justice assisting advocacy efforts to significantly reduce prison populations and improve the quality, scope, availability, and accessibility of services that address the needs of impacted communities in the South. In 2008, Marissa was awarded an Equal Justice Works Fellowship to develop the first program in Georgia to address individual and systemic barriers facing people with a criminal history through direct service, education and legislative advocacy at the Georgia Justice Project.

Marissa received the Commitment to Justice Award in 2012 from the State Bar of Georgia’s Young Lawyer Division for her advocacy of reforms to the state’s expungement law. In 2015, Marissa was named by the Fulton County Daily Report as an “On the Rise Georgia lawyer under 40” and was the recipient of the National Association of Criminal Defense Lawyer’s Champion of State Criminal Justice Reform Award. In 2019, Marissa was appointed as a Director of the Council on Criminal Justice, a think tank organization that advances the understanding of criminal justice policy choices and builds consensus for solutions that enhance safety and justice for all.

Marissa received her B.A. in Political Science from Spelman College in 2005 and her J.D. and Bachelors in Civil Law from the Paul M. Hebert Law Center at Louisiana State University in 2008. She is a member of the Georgia bar.