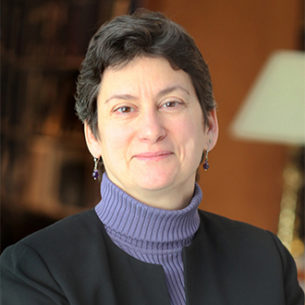 Mary Kennedy has been defending people charged with criminal cases in the District of Columbia since 1987. She spent eleven years at the Public Defender Service in DC and was the training director and lead attorney for homicides during the last four years. Ms. Kennedy now runs a pro bono criminal defense trial program at Arnold & Porter Kaye Scholer, LLP. Lawyers from the firm and Ms. Kennedy are assigned to represent clients charged with criminal offenses in Superior Court. The cases range from simple possession of drugs to complex homicide cases.

Ms. Kennedy earned a BA from Swarthmore, a JD from NYU and an LLM in trial advocacy from Georgetown. She is a fellow of the American College of Trial Lawyers. Ms. Kennedy is married to the Honorable Gerald Fisher, Presiding Judge of the Probate Division in Superior Court. Judge Fisher and Ms. Kennedy are the proud companions to two adorable dogs, Kai and Roscoe, a relatively snarky chestnut mare named Autumn and a charming gelding named Quint.