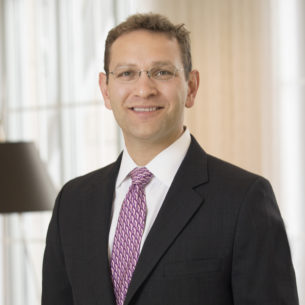 Phil Sandick is an attorney in Alston & Bird’s Environment, Land Use & Natural Resources Group. He focuses his practice on the intersection of regulatory compliance and complex litigation.

Before joining Alston & Bird, Phil served as a law clerk to the Honorable Amy Totenberg in the Northern District of Georgia (2014–2016). He earned his J.D., graduating cum laude, and LL.M., graduating with honors, in international human rights from Northwestern University School of Law, where he was a judicial extern for the Honorable Morton Denlow in the Northern District of Illinois, a research assistant to Ambassador David Scheffer, the editor-in-chief of the Northwestern Journal of International Human Rights, an extern with the International Criminal Court in The Hague, and a participant in the United Nations Open Working Group on Sustainable Development Goals.

Phil earned both his M.A. in oral history and his B.A. in sociology, psychology, and philosophy from Columbia University. He is actively involved in the community as a member of the Access to Justice Committee of the State Bar of Georgia and an adviser to students at local law schools. Phil is also a conceptual photographer and mixed-media artist whose works can be found in public and private collections in the U.S. and abroad.