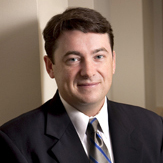 Ronan Doherty is a partner at Bondurant Mixson & Elmore in Atlanta, GA.  His areas of concentration include business torts, including antitrust, RICO, fraud, breach of fiduciary duty and tortious interference with business relations. Ronan also has litigated a number of intellectual property cases, including trademark, copyright and trade secret disputes. In addition to his business litigation practice, Ronan has performed a significant amount of pro bono work, accepting appointments from both the United States Court of Appeals for the Eleventh Circuit and the United States District Court for the Northern District of Georgia. His pro bono cases include successfully representing a man wrongfully detained at the U.S. Naval Station at Guantanamo Bay, Cuba.  Ronan also represented the Canadian government on amicus curiae filings advocating habeas corpus relief to remedy violations of the Vienna Convention on Consular Relations.

Ronan received his undergraduate degree from the College of William and Mary and his law degree from the University of Virginia, where he served on the Virginia Law Review and was inducted into the Order of the Coif.  Following law school, Ronan served as a law clerk to the Honorable Judge Stanley F. Birch and the Honorable Judge Phyllis A. Kravitch, U.S. Court of Appeals for the Eleventh Circuit.