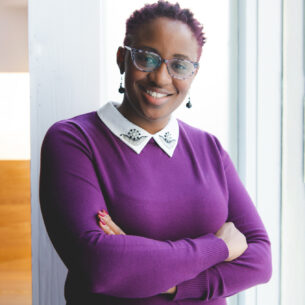 Whitney Knox Lee is a mission-based attorney dedicated to advancing the lives of people living in poverty and people of color. Whitney began her career at the Georgia Legal Services Program where she represented low-income persons with civil legal issues throughout the state of Georgia.  Additionally, Whitney has a sincere interest in promoting anti-racism, racial equity, and inclusion in the law, in the workplace, and beyond. To this end, Whitney works as a private consultant to law firms across the country to help foster cultural humility and inclusivity within the workplace and amongst legal professionals.

While in law school, Whitney worked at the Associated Counsel for the Accused (Seattle, WA), the Texas Civil Rights Project, and the Georgia Resource Center.  In these roles, Whitney represented indigent persons involved in the criminal justice system and advocated to protect the rights and dignity of persons incarcerated in substandard and deadly prison conditions or living on death row.

Whitney is a 2020 Fellow of the Shriver Center on Poverty Law Racial Justice Institute and a 2018 graduate of the Georgia Association of Black Women Attorney’s (GABWA) Judicial and Public Officer Academy. Whitney has served in various roles with GABWA including as a member of the Political Action Committee and as a past Regional Vice President of the Albany GABWA Chapter. Whitney is a double graduate of Seattle University, where she earned her B.A. in Social Work (2009) and her J.D. (2013).