Home  |  Events  |  Education in Prison: A Discussion on the Community & Intergenerational Benefits 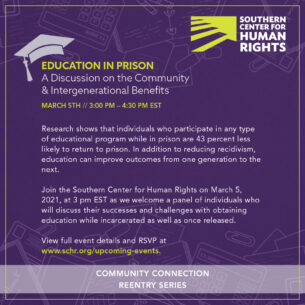 Education in Prison: A Discussion on the Community & Intergenerational Benefits

Research shows that individuals who participate in any type of educational program while in prison are 43 percent less likely to return to prison. In addition to reducing recidivism, education can improve outcomes from one generation to the next.

Join the Southern Center for Human Rights on March 5, 2021, at 3 pm EST as we welcome a panel of individuals who will discuss their successes and challenges with obtaining education while incarcerated as well as once released, the benefits prison education has on the community, Pell Grant updates, and upcoming free educational opportunities for those who are justice-involved and formerly incarcerated.

If you have any questions about the event or questions about prison in education (or post-release) that you would like answered by the panel, please email Waleisah Wilson at [email protected] BEFORE the start of the event. 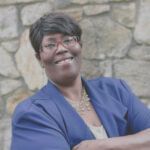 Waleisah Wilson is the Southern Center for Human Rights’ (SCHR) Client Services Advocate, where she focuses on working with individuals whom SCHR has helped get released from prison or otherwise represented in SCHR’s impact or capital litigation. She ensures that SCHR’s clients have access to a robust support system that will help them flourish in their homecoming by connecting them with community resources and providing skill-building opportunities that will allow them to have a better quality of life and be successful and self-sufficient during their reentry. Her shared experience with the criminal justice system and the challenges to reentry, allow her to have a unique and valuable perspective that allows her to better assist SCHR clients with contributing to their families and their communities, reduce future interactions with the criminal legal system, and increase opportunities for them to live full and joyous lives.

Before becoming SCHR’s Client Services Advocate, Waleisah was a criminal justice reform activist and organizer in the Columbus, GA area and the Founder and Executive Director of NewLife-Second Chance Outreach, Inc., a nonprofit organization that has assisted hundreds of directly impacted individuals with securing employment, locating housing, receiving job readiness training and gaining other necessary resources needed in their reentry. 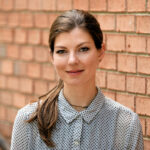 Page Dukes joined the Southern Center for Human Rights as a communications intern in 2019 while finishing her dual BA in mass communications and philosophy and religion at Piedmont College. In May 2020, Page joined the SCHR staff as the Communications Associate. Page is a native ATLien.

During her time at Piedmont College, Page served as a Social Justice Fellow and received the James M. Cox, Jr. award for community journalism. She was released from prison in May 2017 after serving a mandatory ten-year sentence. She is a founding member of the Athens Reentry Collaborative, a support group for released people, Mourning Our Losses, and Georgia Freedom Letters. Page interned at The Marshall Project in 2018, where she wrote and edited stories for the “Life Inside” series. She is active in raising awareness about the effects of incarceration, the need for restoration of rights and accurate media representation for incarcerated people, and amplifying the voices of incarcerated women. 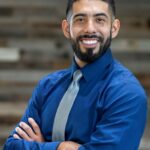 Patrick Rodriguez is the current Executive Director of The Georgia Coalition for Higher Education in Prison (GCHEP) and serves as the Director of Special Projects for Common Good Atlanta. As a formerly incarcerated leader, Patrick has been working in the prison education space since his release from prison in 2019. He came out of prison with one focus and that was to serve. He wants to serve those who have been through the same experience as him. Whether that is through advocating for them on a legislative level or giving someone a ride to work, Patrick does it all. When we asked Patrick if he had something he would like to share for this bio, this is what he had to say, “I am so grateful for all of the opportunities that have come my way. I could not have done it without a strong community of people around me.  I have one focus and that is to help those who have been through the prison system. If I can make it a little easier for my brothers and sisters to transition into society or get accepted into college, all of this has been worth it. They say that if you judge a nation by its prison systems that will tell you where the work needs to be done, as a nation, we have a lot of work to do. Every day I roll my sleeves up and put my boots on and I hope you too can join me in this fight!” Patrick is currently studying at Kennesaw State University and is majoring in Organizational and Professional Communication and plans on attending law school in 2022. 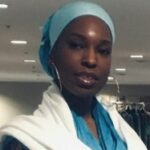 Kareemah Hanifa is a Muslim native of Charleston, South Carolina though she has spent the majority of her life in the State of Georgia. Kareemah comes from a large blended family of 16 siblings. She recently received her Associates in Positive Human Development and Social Change and is currently working on her Bachelors in Psychology at Life University in Marietta, Georgia. She is a licensed Master Cosmetologist and a youth advocate.

Kareemah is also a Criminal Justice Reform advocate, Reentry Consultant, and a Toast Masters Gavel Club member. In 2010, she was invited to speak at the Georgia Department of Juvenile Justice forums. She has since been invited to speak at her Candler School of Theology Certificate Graduation, Faith and Character Graduations, and the Ending Mass Incarceration 3-day workshop at Ebenezer Baptist Church in Atlanta. She spoke in Augusta Georgia at the Georgia Department of Corrections Education Forum. Her most prestigious speaking engagement was at TedxDecatur at Emory University in 2019 where she spoke on the issues impacting at-risk female youth and girls and women in prison.

Kareemah is a Conflict Resolution leader and a Peace Studies Negotiator. She has completed and taught C.I.T. training (Compassion and Integrity Training) at Arrendale State Prison. She is a Life Skills Coach and taught her framework JOAT at Purpose Built Schools Atlanta during Spring Semester 2020. On September 7, 2020, she began co-hosting ‘Returning Citizens for Returning Citizens’, a nation-wide podcast addressing issues involving re-entry in America. Kareemah is currently employed as Community Organizer for IMAN Atlanta, The Inner-City Muslim Action Network, where she is leading the campaign, “No Taxation Without Representation”, a campaign where directly impacted people are actively resolved to change the Georgia law that prohibits citizens who are on parole or probation from exercising their right to vote. 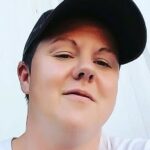 Ethan Ybabes is a student at Life University pursuing a Bachelor of Science in psychology. He began this endeavor as part of the first cohort of the Chillon Project while incarcerated at Lee Arrendale State Prison. After he was released, he continued working with the Chillon Project as a Re-entry and Advocacy Leader. He is passionate about issues surrounding mass incarceration, restoration of rights for the formerly incarcerated, access to higher education for the formerly incarcerated, and re-entry support. Once he receives his Bachelor’s, he plans to pursue a Master’s Degree in Psychology. 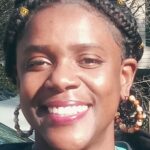 Gloria Parks is a student at Georgia State University majoring in Computer Science. While incarcerated, Gloria became attended college and became certified in Theological Studies. Since her release, she has faced several challenges in achieving her academic goals as the norms of living everyday life are drastically different for a formerly incarcerated woman of color as opposed to others. Even while incarcerated, Gloria has had a striking thirst for higher learning and education which she considers to be her supreme antidote for a sense of understanding her society, her family & friends, and the vicious cycle of recidivism, lack of stable housing, and educational opportunities for others with her shared experiences.