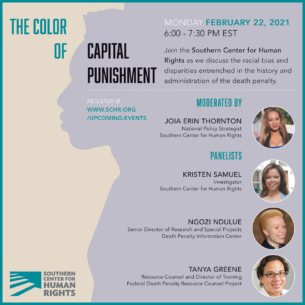 The Color of Capital Punishment

Join the Southern Center for Human Rights as we discuss the racial bias and disparities entrenched in the history and administration of the death penalty. 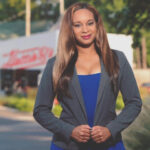 Joia Erin Thornton joined SCHR in January 2021 in partnership with the 8th Amendment Project for movement building in the role of National Policy Strategist in Capital Litigation & Smart Justice. Joia is an avid civil rights activist, writer, historian, and policy leader. Joia grew up in both Memphis, Tennessee and New Orleans, Louisiana; two cities on the mighty Mississippi river riddled with class, race, and educational disparities which heavily impact her passion and work toward the progression of civil and human rights. 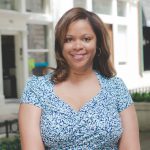 Kristen Samuels joined the Southern Center for Human Rights as an Investigator in August 2014. She investigates death penalty cases and other excessive, cruel, and long-term sentences in Alabama and Georgia at all stages of litigation, including pre-trial and post-conviction.

Kristen has been a member of the National Association for Sentencing Advocates and Mitigation Specialists since 2017. She has been selected to complete numerous national multiple-day training programs such as the 2015 Capital Mitigation Skills Workshop in Kansas City, Missouri; the 2016 Death Penalty College in Santa Clara, California; and the 2017 NAACP Legal Defense Capital Punishment Conference (Airlie) in Virginia. She serves on the Board of Directors for Georgians for Alternatives to the Death Penalty as their Secretary.

Prior to the Southern Center, Kristen studied Sociology and Criminology at Spelman College in Atlanta, GA. She worked with a variety of community organizations and serviced-based centers where she assisted people to receive medical care, arrange permanent housing, and register to vote. 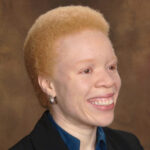 Ngozi Ndulue is the Senior Director of Research and Special Projects at the Death Penalty Information Center. Ngozi’s legal career has focused on the intersection of racial justice and the criminal legal system.

After receiving her J.D. from Yale Law School and clerking at the U.S. Court of Appeals for the Sixth Circuit, she litigated on behalf of death-sentenced clients as an Assistant Federal Public Defender in the Arizona Capital Habeas Unit. She continued this work as a staff member of the Ohio Justice & Policy Center (OJPC) in Cincinnati. At OJPC, Ngozi also engaged in policy research, coalition building, and advocacy on a variety of state and local criminal justice issues. From 2016 to 2018, Ngozi served as Senior Director of Criminal Justice Programs at the national NAACP, where she provided unit training, strategic direction, and research to advance the NAACP’s criminal justice agenda.

Ngozi’s current work focuses on deepening the public’s understanding of the origins, functioning, and impact of the death penalty. At the Death Penalty Information Center, Ngozi conducts original research, supervises data collection and analysis, and leads strategic planning initiatives. Ngozi is the lead author of DPIC’s September 2020 report, Enduring Injustice: The Persistence of Racial Discrimination in the U.S. Death Penalty. 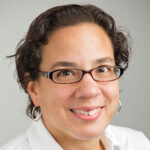 Tanya Greene is a Resource Counsel and Director of Training for the Federal Death Penalty Resource Counsel Project. Ms. Greene has been a capital defense attorney and represented state and federal clients for more than 25 years, starting in the Deep South at the Southern Center for Human Rights, and then at the New York Capital Defender Office, at trial, appeal, and in state and federal post-conviction proceedings. Throughout her career, Ms. Greene has consulted on state and federal capital cases and developed innovative, highly-regarded defense practitioner training programs nationwide. Prior to her current position, Ms. Greene spent five years as the inaugural national ACLU Criminal Justice Advocacy and Policy Counsel focused on death penalty and indigent defense policy reform issues – her work contributed to death penalty repeal in a number of states during her time at the ACLU.