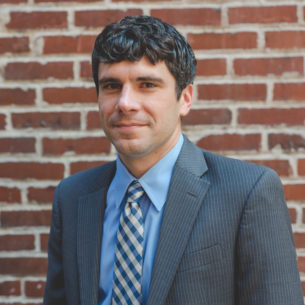 Mark Loudon-Brown joined the Capital Litigation Unit as a Staff Attorney in 2015.  Before coming to the Southern Center, Mark was a public defender in the Criminal Defense Practice at The Bronx Defenders.  In addition to trying many cases, Mark served as a Supervising Attorney for two years.  During his final two years in the Bronx, Mark was the Forensic Practice Supervisor, overseeing the office’s Forensic Practice Group and consulting on any cases involving DNA or fingerprint evidence.  Mark is a 2007 graduate of New York University School of Law.  After earning his J.D., he completed two years as a Prettyman Fellow at Georgetown Law, during which time he represented indigent clients charged with crimes in D.C. Superior Court and supervised third-year law students doing the same.  He earned his L.L.M. in trial advocacy from Georgetown in 2009.