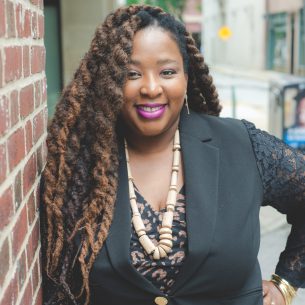 Tiffany Williams Roberts is Director of the Public Policy Unit at Southern Center for Human Rights. She joined the organization in April 2018 as the Community Engagement & Movement Building Counsel. She has practiced criminal defense since 2008, first as a public defender with the Atlanta Judicial Circuit Public Defender and later as a solo practitioner. As a public defender, Tiffany represented hundreds of indigent clients facing felony prosecution and graduated from Gideon’s Promise trial advocacy training program. She expanded her private practice to include civil rights litigation for victims of police abuse.

A significant portion of Tiffany’s private practice was dedicated to the pro bono representation of activists and organizers. She has been recognized by several organizations for movement lawyering and activism. A community organizer, she co-founded the police accountability organization Building Locally to Organize for Community Safety (BLOCS) in 2008 to promote a holistic approach to public safety. BLOCS successfully advocated for legislative improvements to the Atlanta Citizen Review Board along with other critical local policy changes. She is also a founding member of the Atlanta chapter of the global Black Lives Matter network.

In 2010, she was appointed to the search committee for the selection of Atlanta’s police chief. In 2013, she served on an Atlanta City Council working group to evaluate legislation to address the equitable treatment of sex workers in the city limits. Tiffany joined the Atlanta Fulton County Pre- Arrest Diversion Program (PAD) Design Team in 2017 and continues her support of PAD (now “Policing Alternatives & Diversion Initiative”). Tiffany was Co-Chair of Mayor Keisha Lance Bottoms’ Progressive Agenda Working Group Criminal Justice Commission and served on the City’s Taskforce to Reimagine the Atlanta City Detention Center. She also served as Co-Chair of Mayor Bottoms’ Use of Force Advisory Council.

Recent awards include being named in Atlanta Magazine’s 500 Most Powerful Leaders since it began and in 2020 received the Georgia Association of Black Women Attorneys’ Barbara C. Harris Award for Community Service. Tiffany is the former Deputy Director of the National Institute for Teaching Ethics and Professionalism (NIFTEP) at Georgia State University College of Law, where she now serves as an Instructor. She also serves as Chair of the Social Justice Ministry at Atlanta’s historic Ebenezer Baptist Church.