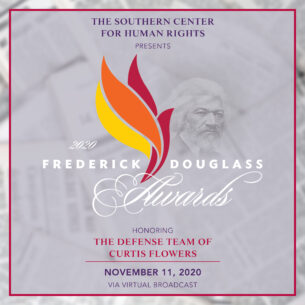 The Frederick Douglass Awards Dinner is the Southern Center for Human Right’s flagship gala to recognize and celebrate those who demonstrate exceptional courage and tenacity in the defense of human rights and equal justice. This gala allows us to illuminate allies who share our vision and commitment to a more just society.

Proceeds from the Frederick Douglass Awards Dinner support SCHR’s work to protect the civil and human rights of people ensnared by the criminal legal system.

SCHR is proud to announce that the recipients of our 2020 Frederick Douglass Human Rights Award are the champions for Mr. Curtis Flowers, a man who was tried six times for the murder of four people in a furniture store in Mississippi. Two trials resulted in a hung jury while the other four trials saw his conviction and death sentence overturned due to prosecutorial misconduct. As a result of decades of fearless advocacy, Mr. Flowers was released from prison in December 2019 to await a possible seventh trial. On Friday, September 4, 2020, all charges against Mr. Flowers were dropped. 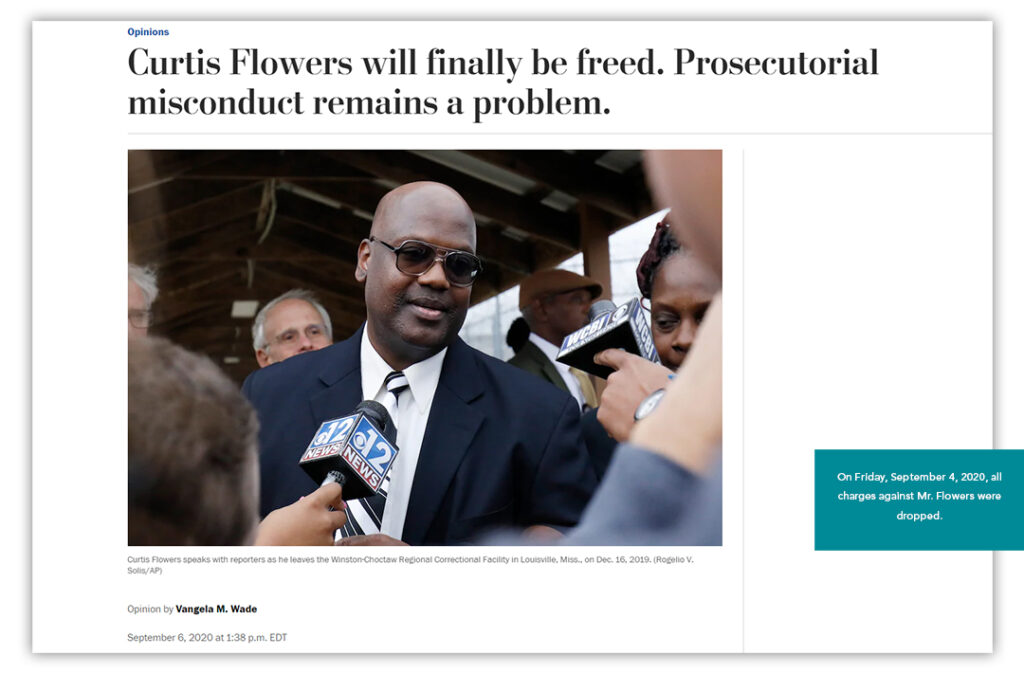