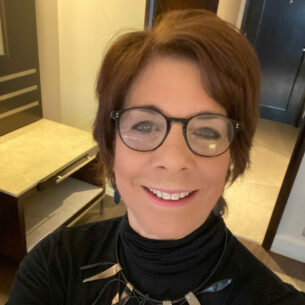 Stephanie Davis is the former executive director of Georgia Women for a Change, a non-profit organization with a gender lens that represented Georgians across a spectrum of women’s issues before the state legislature. The Georgia Women’s Policy Institute, a program of GWC, trained women in policy advocacy including how to develop legislation and the strategies to advocate for it. Davis served as the first Policy Advisor on Women’s Issues to Mayor Shirley Franklin where she coordinated the “Dear John” campaign to end child prostitution in Atlanta. As the founding director of the Atlanta Women’s Foundation, Davis was responsible for establishing an endowment and positioning the Foundation to be the fastest growing women’s fund in the country. She created the grantmaking process and distributed several million dollars throughout her tenure to women and girl-serving agencies. She currently serves on the boards of the Southern Center for Human Rights, the Coalition Against Trafficking in Women, and the board of Motherhood Beyond Bars. She is a graduate of Skidmore College and received one of the country’s first Masters degrees in women’s studies from Goddard College.

Stephanie’s last few years of being “rewired” have been an unpaid extension of her life of activism and political involvement.  She was a top bundler for Hillary Clinton’s campaign, attending the Democratic National Convention and acting as a poll watcher on election day in south Atlanta.  She served on the National Leadership Committee for Stacey Abrams for Governor and was on the National Finance Committee for Kamala Harris. She was recently involved in the successful strategy and lobbying to raise the age of marriage in Georgia.